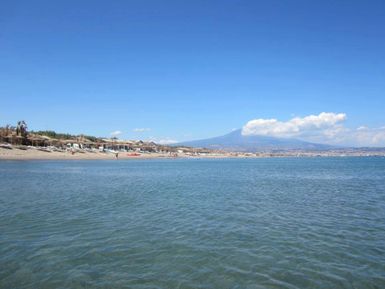 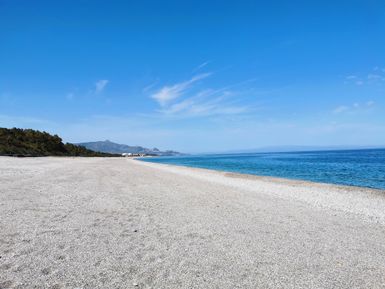 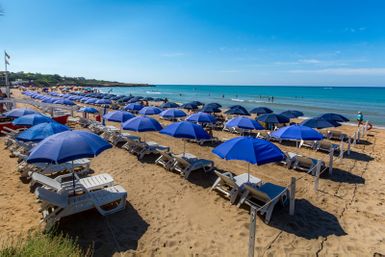 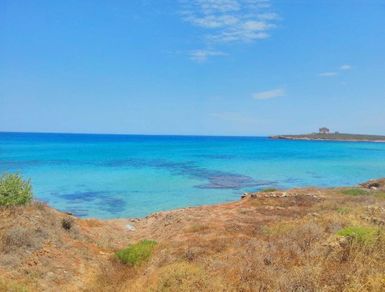 Where would you like to go?
Search among 122 structures.

Where would you like to go?
Search among 122 structures, or Filter the results 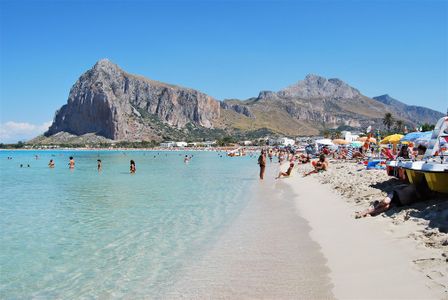 Discover the Liveliest Region of Italy

Explore Sicily, the most vibrant region of Italy, and feel truly inspired by this most classical of areas. The largest island in the entire Mediterranean abounds with historical and archaeological sites, regional cuisine specialties, divine local wines pristine beaches, romantic villages, bustling towns, easy to hike mountains and the continent's highest volcano, the majestic Mount Etna.

The most appropriate way to kick-start a visit to Sicily is to learn about its 3000 years of rich history, and especially about the ancient Greek cultural heritage. There is an entire archaeological park, the Valley of the Temples, right next to Agrigento. The 3rd Century BC Teatro Greco in Taormina is a picture-perfect spot with a stunning view of Etna. An even older Greek theatre, dating back to the 5th Century BC, can be visited in Syracuse, which is also the location of the 3rd Century AD Roman Amphiteatre. Other ancient remains which should feature on any itinerary include Solunto, Tindari, Segesta, Selinunte and Necropolis of Pantalica.

The Best Sights are Always Made by Nature

Natural wonders of Sicily add another dimension to touring the island. A must-visit is certainly Mount Etna, the highest active volcano in Europe. Plenty of hiking tours are available, either for large groups or tailor-made for individual adventurers, often couples. The difficulty level and intensity of hiking are also a matter of choice, ensuring that everyone can relish in this unique experience, no matter what their fitness level might be. Vineyards and wine tasting tours on the slopes of Etna are a great form of increasingly popular agritourism. The otherwordly Scala dei Turchi is one of the most iconic symbols of the island. Its white cliffs made of marl rock guarantee great photos. Isola Bella in Taormina, Riviera dei Ciclopi in Catania and Fontane Bianche in Siracusa are just few of the shore pearls well worth basking on.

The bustling urban experience of the island's towns will add balance to a well-rounded Sicilian holiday. Palermo is the first, obvious stop for soaking in the genuine regional atmosphere created by its 1 million inhabitants. Admire the monumental palaces and churches, wander through the labyrinth-like narrow streets, sample the local produce on colourful open markets and don't miss out on all the super-fresh seafood specialties, including wheel of swordfish and tuna steaks. Finish off a perfect lunch with the most typical and delicious Sicilian dolci, ricotta-stuffed cannoli.

Getting around the island to visit Catania, Taormina and all the other towns is very easy either by rent-a-car or by regional buses and less fast, but more romantic trains. Boats are a perfect choice for day trips to picturesque fishing villages. Sporty visitors can enjoy in all kinds of water sports, mountain hiking and even skiing down the slopes of Etna.