Campings and holiday villages near the Cities of art in Tuscany

Where would you like to go?
Search among 27 structures.

Where would you like to go?
Search among 27 structures, or Filter the results

Tuscany is a region of Italy known for its beauty and culture, as well as its relaxed lifestyle. There are several cities of the arts in the region, which has a long history of being associated with painters, writers and musicians.

One of Tuscany's most famous monuments is the Leaning Tower of Pisa. Visitors to Pisa can experience much more than this iconic landmark, however. Museo di San Matteo is a wonderful art museum, which houses most of the artworks from the churches around Pisa. There is some superb Tuscan Renaissance art on show here, and many tourists overlook the museum in their haste to see the Leaning Tower, so it can be quiet too.

A real taste of the arts in Tuscany can be experienced in the historical city of Siena, where re-enactments of medieval life take the form of local festivals. The famous Palio horse race is an occasion marked by rich costumes and flags.
In Piazza del Campo, where the Palio takes place, there are some of the most important symbols of the city: the Palazzo Comunale, the Torre del Mangia and the Gaia Fountain.

Piazza della Signoria is definitely the heart of the city, where tourists can visit the Palazzo Vecchio, the Uffizi Gallery (which houses "La Primavera" and "Birth of Venus" by Botticelli) and the Loggia dei Lanzi. The Cathedral of Santa Maria del Fiore is very famous for its dome and the wonderful Giotto's Campanile.
Among the most important museums, in addition to the Uffizi gallery, we suggest the Accademia Gallery, Palazzo Pitti, the Bargello Museum, the National Archaeological Museum and the Museum of the Opera del Duomo.
In Florence you can admire the famous sculptures by Michelangelo, including the famous David at the Galleria dell'Accademia and the sculptures of the new sacristy of San Lorenzo.

The city is famous for the "Giostra del Saracino", the thirteenth-century event that tests the ability of the "Knights" against the "puppet of the Saracen." Piazza Grande is the main square of the city, where takes place the chivalric Carousel . The square includes Palazzo del Comune, Palazzo del Popolo and the Cathedral. The Duomo, in gothic style of 1200, has three aisles, tall pillars and a number of frescoes, among which is the famous fresco by Piero della Francesca portraying the Madeleine.
The Basilica of St. Francis of the Gothic-Tuscan period, is formed either by stones, and bricks; the interior has a single nave and is decorated with frescoes by Piero della Francesca, who represent the "The History of the True Cross".

Tuscany is a great place for culture vultures and outdoors lovers. With a mild climate to complement its beauties, it makes a great place to go on holiday. 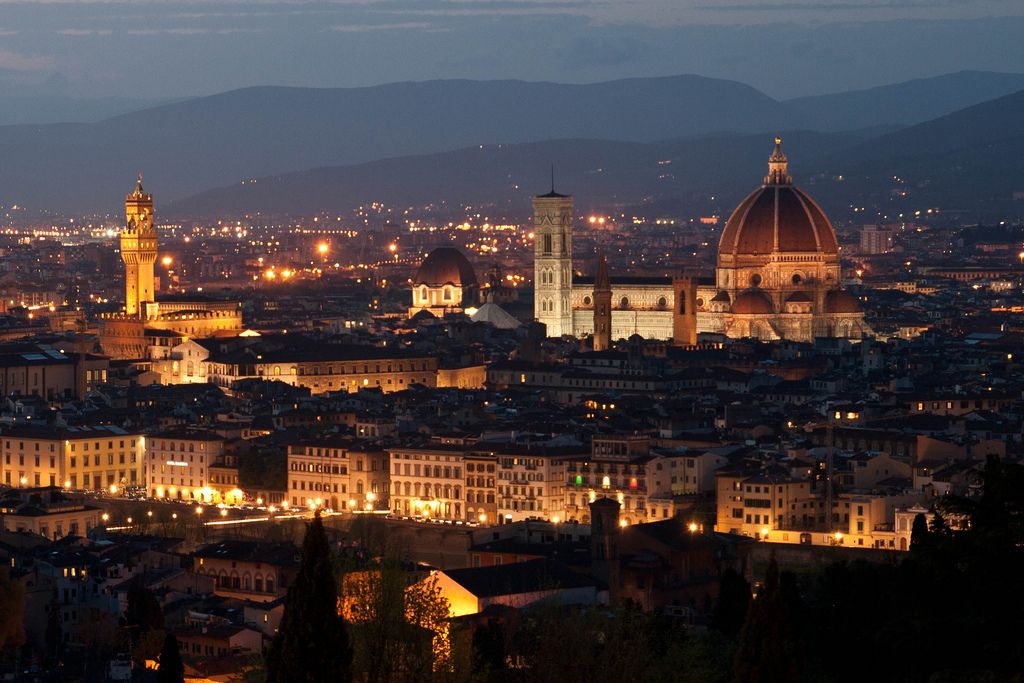