Where would you like to go?
Search among 65 structures.

Where would you like to go?
Search among 65 structures, or Filter the results

The forty miles of Romagna's Adriatic Riviera start near Comacchio; a pretty town criss-crossed by canals. Its better-known neighbour, Ravenna, was an important Roman town, once with a port at Classis (Classe). The deep colours of the mosaics in its churches are awe-inspiring.
Small resorts pass until you reach Cesenatico, seaside and port for Cesena. Next up is the jewel in a glittering blue sea: Rimini. A popular destination for Italians, this historic city, with its Roman remains and Renaissance gems, offers activities to please everyone, both on and away from its long sandy beaches - try horseback riding.
Adjacent Riccione continues the theme with Aquafan, one of Europe's largest water parks. More holiday fun can be found as far as Cattolica. Bicycles are much used in Emilia Romagna as an everyday mode of transport, and cycling the length of the Riviera's coast is a popular vacation pastime, either independently, or on one of the many tours.

The charms of inland Romagna are worth exploring. The land and its nature reserves are ideal hiking territory, with walks to suit all abilities. The medieval town of Verucchio sits atop a hill, and boasts a seven-hundred-year-old cypress tree that grows in the cloister of San Francesco, the oldest Franciscan foundation in the region.

Another hilltop attraction is the largely-reconstructed medieval capital of San Marino, the world's smallest republic. Outside its borders on the western side, visit the castle at San Leo, built in the fifteenth century by the Montefeltro family, dukes of Urbino.

The regional dish is Piadina Romagnola, a flatbread with fillings. Given the area's proximity to the sea, it's not surprising that fish plays a prominent part in the diet. Sangiovese is the best-known wine, so buy a bottle and drink to Romagna and the Adriatic Riviera! 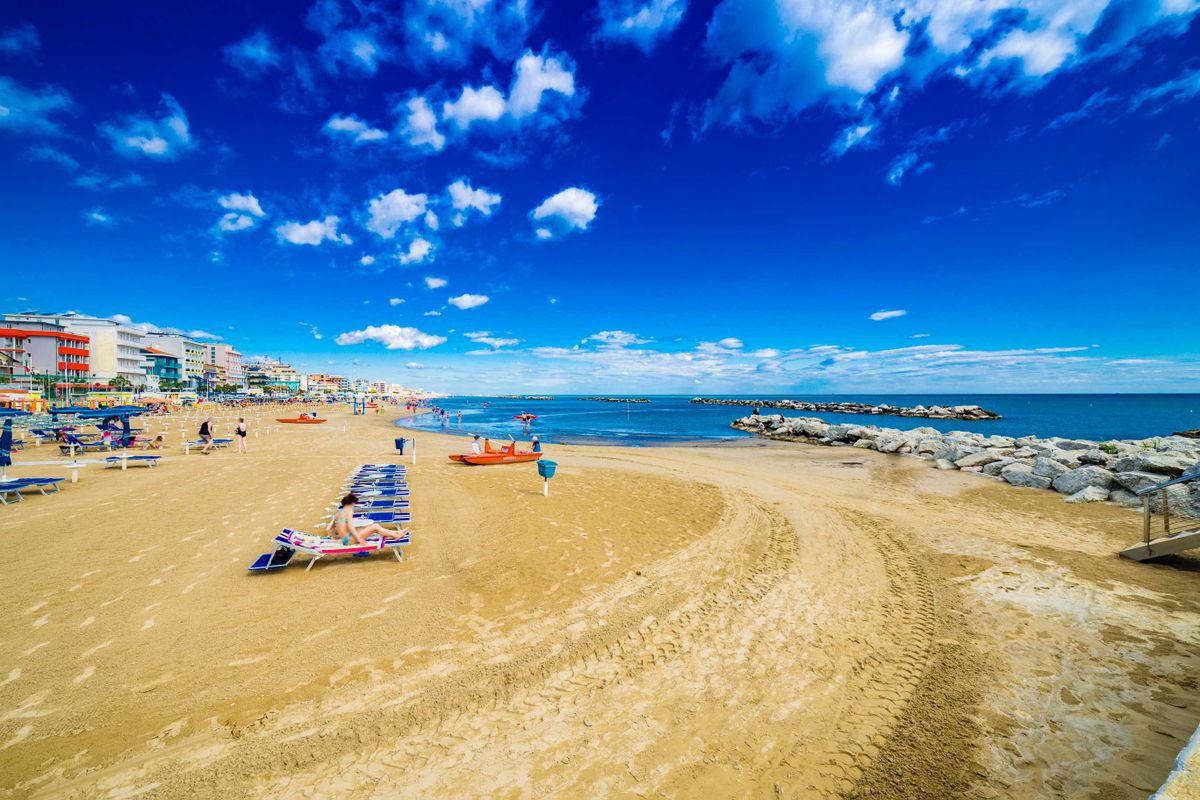