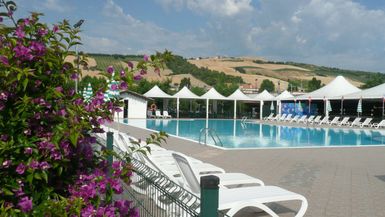 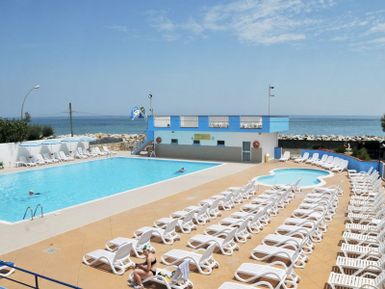 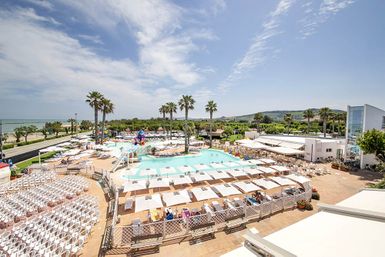 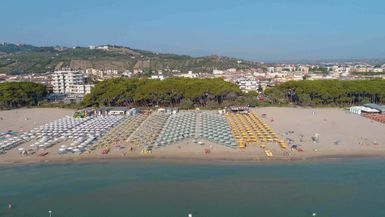 Where would you like to go?
Search among 86 structures.

Where would you like to go?
Search among 86 structures, or Filter the results 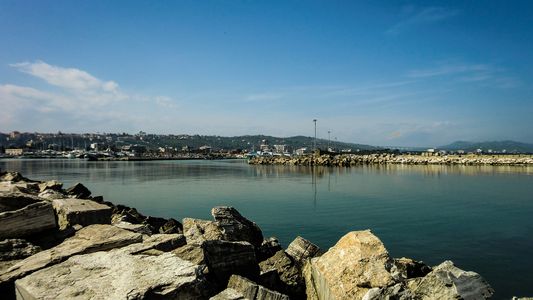 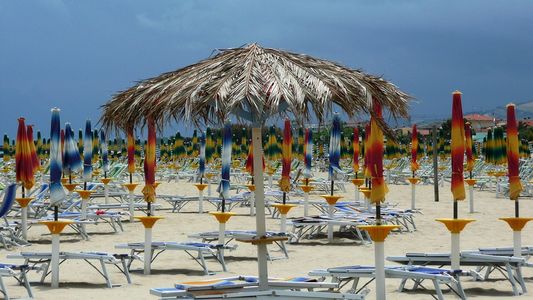 Abruzzo is a rural and unspoiled region in central Italy. The region’s western border is less than 50 miles or 80 kilometres east of Rome. From dramatic mountain ranges in the west including the towering Gran Sasso D’italia to a scenic coastline to the east, Abruzzo is one of the most beautiful regions in Italy. It also boasts one of the best cuisines in Italy, with favourite dishes including maccheroni alla chitarra and gnocchi carrati.

Abruzzo is home to picturesque medieval towns, many of which are a short drive from the region’s largest city and capital of L’Aquila. The capital boasts an imposing castle that dates back to the sixteenth century, as well as a beautiful fountain with 99 spouts representing the city’s founding villages. Well-preserved villages and towns include Santo Stefano di Sessanio, Castel del Monte, Monteferrante, Roccascalegna and Rocco Calascio. An eleventh century cathedral can be explored in medieval Sulmona, while Castelli is an ancient pottery centre that supplied masterpieces to royal houses throughout Europe. A fortress in Civitella is among the most visited attractions in Abruzzo and the fourteenth century castle in Pacentro remains largely untouched by time.

During the summer, inviting beaches and resort towns dotting the 129-kilometres coast are teeming with locals and visitors. Sandy beaches provide ideal bases to enjoy the waters of the Adriatic. Excellent beaches in Abruzzo include Vasto in the south and Silvi Marina in the centre of the region. Other popular beaches include Pescara, Giulianova, Pineto, Alba Adriatica, Roseto degli Abruzzi, Martiniscuro and Francavilla al Mare.

What to Do in Abruzzo

With a third of the region designated as national and regional parks, Abruzzo is the perfect destination to enjoy the outdoors. Unforgettable hiking, mountain climbing, mountain biking and horseback riding possibilities are endless. For rock climbing, head to Assergi, Capestrano, Fara Sam martino, Monticchio, Petrellia Liri, Roccamoric or San Vito.

The Apennine mountain range offers beautiful views of the Adriatic and Mediterranean. Hiking trails meander along the striking landscape and past abandoned hill towns. The Parco Nazionale d’Abruzzo, home to the highest point in the Apennines, has the region’s best camping and a range of recreational activities. Visitors experience the park by hiking, biking, skiing, canoeing, wildlife viewing and horseback riding.

Skiing, snowboarding and cross country is excellent in Abruzzo. There are no less than fifteen ski resorts in the region, including Raccaraso, Campo Felice and Campo Imperatore. Raccarso has 120 kilometres of piste and remains a largely undiscovered skiing wonderland. Excellent cross country skiing is found at Piana Granda and on the high plain of Campo Imperatore, one of the oldest ski resorts in Italy. With more than 170 runs for skiers of all abilities and a ski area of over 360 kilometres, snow conditions in Abruzzo rival those found in the Alps.