Where would you like to go?
Search among 17 structures.

Where would you like to go?
Search among 17 structures, or Filter the results

Dating back to ancient times, Salento is a popular region located in southern Italy, in an area often referred to as Italy’s “heel” or “boot”. Salento features stunning natural attractions, particularly along the coastline of the Adriatic Sea. Culture and history lovers will also find a wide array of attractions to keep them interested and satisfied during their travels.

The impressive limestone structures along the coastline draw crowds throughout the year. The formidable rock structures provide a stunning contrast to the blue waters next to which they sit, and provide for some spectacular photos that are sure to conjure up beautiful memories of your time in this attractive part of Italy.

Dotted along the coastline, Salento is home to numerous coastal watchtowers, with many dating back to the 15th and 16th centuries. It is believed that the Normans built the first of these towers to ward off attacks from the sea. These watchtowers are great architectural attractions, and can be seen at numerous locations along the coastline.

Taking the time to immerse yourself in the history of this local region is well worth it. The historic town of Manduria is considered to be one of the most peaceful towns in the area, and boasts a number of excellent attractions. Most visitors head straight to Santa Caterina d'Alessandria, which is a large gothic church that has become popular for its history and architecture alike.
The baroque churches of Lecce, like the Basilica of Santa Croce, are also wonderful for the rich sculptural decoration.

Salento is home to a wide variety of festivals throughout the year, many of which are connected to religious events. Some of the more interesting festivals can be found in the capital of Lecce, and include Novoli, which is a fun-filled festival involving fireworks and bonfires. For those visitors looking to attend a festival, be sure to keep your evenings free, as most festival events take place once the sun goes down. 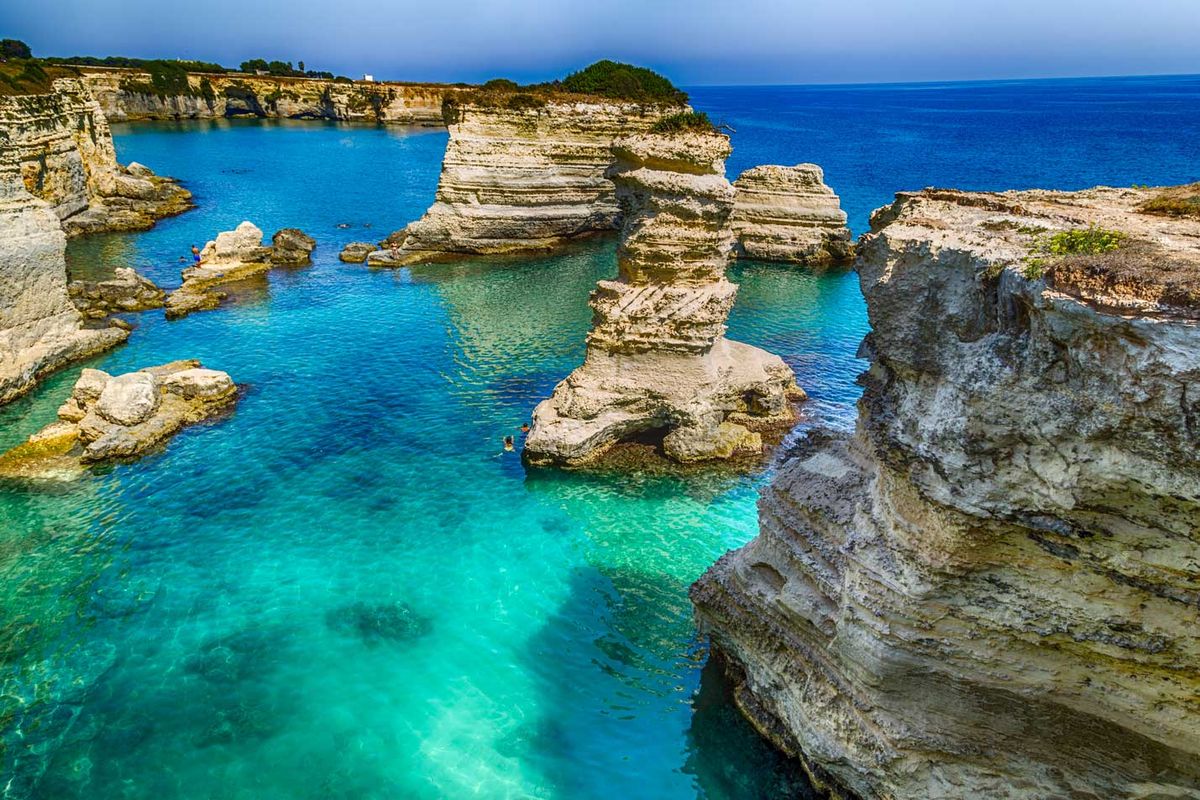